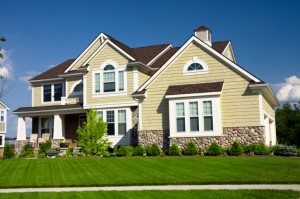 2013 will go down in history as one of the greatest years for the VA home loan program in history.

Check VA loan rates and lock in your personalized rate.

It’s quite amazing that 630,000 of this nation’s Veterans, as well as active duty military, are now in their own home, or have had their mortgage payments reduced, making homeownership more affordable.

Even though 2012 was a banner year for VA loans in its own right, 2013 showed a solid increase in activity even from a year earlier. Nationwide, there was a 17% increase in purchase and refinance activity in 2013.

Just about every state enjoyed large increases in VA loan activity in 2013. Arizona saw a 33% increase in purchase volume and a 43% increase in refinance volume. Phoenix, one of the epicenters of the housing bust, greatly benefitted from the VA streamline refinance program, which is available to underwater homeowners.

Texas saw its VA home purchases increase over 20%. With a strong employment base in Texas cities like Dallas-Ft. Worth, Austin, and Houston, many Veterans are moving into the area, finding great jobs, and buying very affordable homes.

Refinance activity in California shot up 32%. Cities in California like Los Angeles, Modesto, San Diego, and Irvine saw rapid depreciation in home prices in 2008 and 2009. But lack of home equity did not disqualify California homeowners from refinancing with a VA loan.

California also saw the highest dollar amount in total VA loan volume including refinance and purchase loans, at over $17 billion. Virginia was a close second at $16.5 billion.

What Spurred such a Big Increase?

There were a couple factors that contributed to 2013 success for VA home loans.

First, the lowest interest rates in history were available in 2013. This spurred many current VA home loan borrowers to take advantage of the simplified refinance process the VA streamline offers.  Because no appraisal, income or asset documentation is required to lower the rate of an existing VA mortgage, there was nothing to lose and everything to gain by participating in the program.

Many who had lost home equity or some portion of their income during the recession could still qualify.

Refinancing activity made up almost 62% of all VA loan volume. The VA streamline refinance program and VA cash out loan allowed about 390,000 Veterans to refinance into a lower rate and payment.

Many would ask whether it’s too late to refinance in 2014. By no means. Rates are still near all-time historic lows and the VA streamline refinance program still allows borrowers with no home equity and reduced income to qualify for a lower rate. Speak to one of our VA-approved lenders to get a personalized rate quote for your streamline refinance.

The second reason for the 2013 surge in VA loan volume was the renewed interest in homeownership seen in recent years.

Many areas of the country saw double-digit appreciation in home values as buyers bought up homes at great prices and low rates.

Last year there seemed to be a rising sentiment that we’ve passed the bottom of the housing market, and falling equities are behind us. Those who did buy in 2013 have already seen nice appreciation in their home’s value.

That begs the question: did prospective homebuyers who didn’t buy in 2013 lose their chance forever? No way. Home prices are still low. In fact, according to one report, homes now cost what they did in 2005. Can you think of anything that you buy today that cost the same as it did in 2005? Inflation usually works against you, but in this case, you’re buying a product with 2014 dollars, but at 2005 prices.

Speak to one of our VA loan specialists to get qualified to buy a home of your own in 2014.

Chances are that 2014 will be another great year for VA home loans. Interest rates are expected to stay low, and interest in home buying just keeps getting stronger.

It’s always a great time to apply for a VA home loan, but 2014 should be another exceptionally good year.

Don’t wait. Housing inventories are shrinking as more buyers are entering the market. And it’s always a good idea to lock in a low rate for a refinance, in case rates go up unexpectedly. Contact a VA loan specialist to get a personalized rate quote on your home purchase or VA refinance.

Source for information in this article: Veterans Benefits Administration.