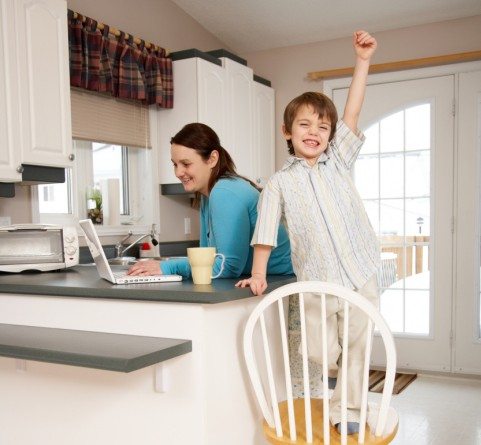 Many veterans like Ernest Brown are choosing VA (Veterans Administration) home loans for their mortgages because they have become one of the most attractive and doable loans for military families.

As a single man at age 49, Brown was able to buy a 1,500 square-foot home in Spring Valley, Calif., with a VA loan. He had served four years in the Navy which allowed him to take advantage of getting such a loan.

“I purchased the home because it was a great deal, has nice views and is close to everything,” he says.

Check VA loan rates and see if you are eligible here.

Getting a VA loan was his best option because he did not need a down payment and the interest rates were lower than a conventional mortgage. He took out a $162,000 mortgage for the three-bedroom, 2.5 bath townhome.

“The process was surprisingly quite simple. The biggest challenges were not knowing about the program and finding a seller that would accept the VA offer,” he says. “Most sellers don’t want to pay for the buyer’s closing costs and seem to be shy to accept a $0 down payment buyer. But the loan approval was easy.”

He got a 4.25 percent loan with $0 down and $0 closing costs. His monthly bill is $1,195 which includes property taxes and home insurance.

Brown would have been able to get another type of loan.

“But it would have taken much longer. I would have had to save for a down payment. With the VA loan, I did not need any money down,” he says.

According to the Department of Veterans Affairs, the amount of VA loans went up 17 percent with $142 billion being loaned out with the average loan being $225,000. It guaranteed 630,000 VA loans, the most since the program started in 1944.

Those eligible for a VA loan must have sufficient income, suitable credit and a valid Certificate of Eligibility, meaning they were discharged under conditions other than dishonorable and meet the certain service requirements listed on the Veterans Affairs’ website. Or they can be a spouse of a veteran.

No money down is just one of the benefits of a VA loan, says Phil Georgiades, chief loan steward for VA Home Loan Centers, San Diego.

“For a VA loan, the borrower is allowed to have a higher debt-to-income ratio than they can with a conventional mortgage. The interesting thing about this is that the VA loan has the lowest default rate of all mortgage types,” he says. “We have seen many people become homeowners that would not qualify for any other loan type.”

VA loans also do not have Private Mortgage Insurance attached to the monthly bill and have interest rates far lower than conventional home loans. The qualifications are much more lenient, too, than for a conventional or FHA mortgage.

For example, a borrower in a Chapter 13 bankruptcy can get a VA loan as long as they have performed as per the bankruptcy agreement for the past 13 months. VA loans also allow a borrower to apply much sooner after a Chapter 7 bankruptcy, foreclosure or short sale, says Georgiades.

For instance, Eric Morgan, 32, of Scripps Ranch, Calif., served in the United States Army from 2001-2005 in Operation Iraqi Freedom. He wouldn’t have been able to get a conventional loan because he had some money problems a few years before.

“I was able to apply two years after my bankruptcy,” he says. “My bankruptcy was from a Posttraumatic stress disorder-related breakdown. I am so excited to be able to get a home in Scripps Ranch. This place is paradise.”

He and his wife, Jacqueline, and two children, Jaeda and Liberty, just moved into their two-bedroom, two-bath condominium because of a VA loan.

Although Morgan didn’t need a down payment, the family was able to put down $50,000 down toward the home. He got the loan at 3.875 percent with closing costs of $6,600 for the $353,000 house. The family’s total payment each month is $1,800 including Home Owner’s Association (HOA) fees and property taxes. A conventional loan rate would have been 6.25 percent for him.

“We have amazing schools and low HOA fees,” Morgan says. “The VA home loan was the best rate on the market without buying points down.”

Georgiades says that the minimum credit score for a VA loan is 530-620 depending on the lender. For a conventional loan, the borrower must usually have a 640-680 score, he says.

“Because these loans are more forgiving, require less to quality and have lower interest rates, they are the best mortgage available,” he says.

Other benefits of the program include no prepayment penalty, the ability to refinance to a lower interest rate without an appraisal and the ability to use the loan more than once.

“Most vets think that the VA loan will expire or that it is a one-time benefit,” he says.

Lee Nelson writes for national and regional magazines, websites, and business journals. Her work has appeared in Yahoo! Homes and many Hearst publications such as Life@Home and Women@Work.