Adaptability — adjusting your plans and mindset to exploit new opportunities — can be a valuable skill in both your personal and professional life. It can also help you overcome obstacles that would cause most people to quit. Where they would break, you will bend.

I developed this skill (and many others) at a “school of hard knocks” — a two-week training exercise called SERE: Survival, Evasion, Resistance and Escape. As far as it’s possible for something to be fun and awful, this exercise fits the bill.

There are easier ways to acquire new skills, build character and test your mettle, so even if military SERE training were available to civilians, I wouldn’t recommend it for everyone.

That said, everyone faces important tests at various times. On the surface, the tests may not be as “extreme” as the ones I encountered, but they still present opportunities to learn and grow. The key, of course, is to see these tests as learning opportunities instead of something to be endured and forgotten as soon as possible.

SERE Training Was No Vacation 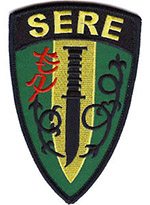 As the name suggests, the purpose of SERE is to train military aircrew and Special Forces to survive behind enemy lines, as well as how to evade, resist and escape capture. It also teaches the military code of conduct.

My training took place in March 2002 with 30 to 40 other participants, divided into groups of six or seven. Each group was trailed by an instructor who monitored our progress and health. The latter was important because, after roughly one week of classroom instruction, we were sent into the snow-packed mountains of Maine, where nighttime temperatures sometimes dropped to -40° Fahrenheit. This was no Boy Scout jamboree.

We were given water, but no food. Each of us carried a rucksack with a few basic supplies – a shirt, a flight suit, a layer of cold-weather clothing, a whistle and a compass. We had no weapons with which to defend ourselves or hunt for food – unless you count pointed sticks. The idea was to survive using whatever was at hand, so during our time in “the field” we ate nothing but a single rabbit. (The classroom training included tips on how to build traps and snares.)

Pushed to the Brink of Survival

For water, we hiked through knee-deep snow to frozen rivers, where we cracked through the ice to reach fresh water. I recall having two canteens. I tied them around my neck with paracord and held them upside down next to my chest to keep the water from freezing.

Initially, our greatest enemy was not the squadrons of enemy soldiers (“partisans”) assigned to capture us, but unbearable cold and hunger. (I lost 15 to 20 pounds by the end of the exercise). Before we arrived in the woods, a few primitive “stick shelters” had been erected for us, but they didn’t offer much cover. We dug trenches beneath the shacks and built a fire in an effort to stay warm, but it was still horribly cold. Although we were all equipped with sleeping bags, I wasn’t able to get much sleep because I was so thoroughly chilled.

The training had us literally down (in trenches) and dirty, but we had no choice but to suck it up. You couldn’t quit the exercise unless you had a medical emergency.

During daylight, we pursued a series of objectives that tended to change at any moment, especially if the enemy was detected nearby. We were assigned points on a map, and our missions were to reach those rendezvous points so that friendly forces could rescue us. This was one of the key tests — seeing how well we could navigate from one point to another to reach the rendezvous points on time. As often as not, however, we’d learn that the enemy was on the move, so we’d have to navigate to a secondary rendezvous point.

On Our Way to POW Camp

The exercise would have been fun if it weren’t for the cold, hunger and being relentlessly chased by enemy soldiers.

Because of the snow, we couldn’t trek more than a few miles a day, and it took teamwork to achieve even those modest distances. At one point, our group found itself atop a steep cliff. We had climbed up a mountain and discovered that the other side was almost too sheer to descend. Instead of going back, we helped each other tumble and stumble down the far side.

As the days passed, we saw and heard more of the enemy. One day, we were crossing a road and saw an enemy truck approaching. We hid until it passed.

At times, the exercise was like a big game of hide and seek. But hiding wasn’t easy because there was a lot of open space to cross, so we had to hurry across those fields. We’d send the fastest person across the field, and wait until he signaled that the coast was clear. Then, the next person would sprint across the field, and then the next, and the next. We had to move fast because the enemy might be just up the road.

We evaded the enemy a number of times. We were smart, fast and determined to be rescued. But eventually, our luck ran out. Soon we would all experience the closest thing to being a real POW this side of war. Hear the rest of the story. Click here for part 2.