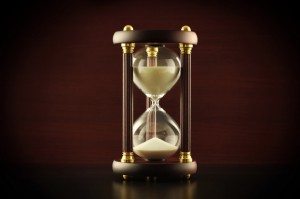 Rates could rise in 2014, but it may actually benefit borrowers.

The mortgage market has been on an unpredictable roller coaster ride since the finance debacle of 2008. With rapid shifts in economic conditions, substantial involvement from the federal government, and changing employment dynamics, mortgage rates have been fluctuating heavily.

Borrowers, on the other hand, faced a plethora of their own issues. At one point of time, nearly a third of the country had plunged into the abyss of “dismal credit ratings.” Fortunately, we are on a road to recovery.

Although accelerating real estate prices in certain markets have been a concern, the bigger picture is indicative of rising mortgage rates and an overall market that is conducive to homeownership.

2014 appears to be a year for borrowers and we wanted to chime in with our predictions as well.

Mortgage rates may increase in 2014, but will still remain at historically low levels

Based on a Freddie Mac report, 30-year fixed-rate mortgage (FRM) averaged 4.33 percent. This increase was a 0.05 percent over the prior week (at 4.28 percent) and a sharp increase when compared to the prior year’s 3.56 percent. Although the increase in 30-year mortgage rates may look sharp, they are actually feeble when you compare the trend to historic highs as depicted on Freddie Mac’s PMMS® survey (Primary Mortgage Market Survey) that provides information on 30-year fixed-rate mortgages since 1971.

Get a personalized rate quote.

Since 2008, various government programs, stimulus packages, and other government-funded interventions were keeping the financial markets “pseudo-stable”. As the federal government seeks to restore normalcy and reinstate the controlling reins to market makers (albeit with restrictions and safeguards in place), mortgage rates will be subject to the same forces of demand-supply dynamics as any other industry.

With the overall economy heading toward a safe recovery, The New York Times quotes Erin Lantz’ prediction of 30-year fixed rate loans to be around five percent. And we agree 100% with this forecast. Our mortgage rate prediction is based on trend analysis of 30-year mortgage rates since 1971.

The story also attributes higher employment, stronger economy, availability of a larger number of homes, and a notable improvement in household purchasing power as other contributors that will catalyze an upward push in mortgage loan interest rates.

But that might not be a bad thing. Here’s why.

Bottom Line: Rising rates may compel lenders to revive business by offering incentives and relaxed qualification criteria. Borrowers will be the ultimate winners.

How would that happen?

Let’s look at this way: if the price of a certain commodity goes up, what do business owners do? They start bundling products, offering layaway plans, and creating a host of incentives to lure back lost business, right? To achieve balance, increased prices are often compensated in some other way.

Mortgage markets are no different. The slightest rise in interest rates is likely to discourage borrowers seeking to refinance their home investments and lenders may try to make up for this lost business by resorting to relaxed restrictions and other benefits.

At Five Percent, rates will still be lucrative enough for refinance and first-time home buyers

Bottom Line: Historically, five percent is still low. This may be a good time to borrow.

While thus far we have described the impact on interest rates, there is another important criteria that we must examine. The housing market has started showing signs of recovery as well. As house prices continue to rise, homeowner equity is bound to improve proportionally. The improvement in equity will create a further ripple effect and help revive cash-out refinancing and other mortgage programs that may have been perceived as “risky” in the past.

Apparently, markets have their own form of intelligence and a robust balancing mechanism, at least if they are not artificially manipulated by government agencies.

While the slight rise in interest rates may not hurt borrowers, this is probably the best time to apply for a mortgage loan. The trend may catch on and future years may witness even higher rates.

Fortunately, you don’t have to worry about creating mortgage interest rate forecast algorithms. Our experts have done that ground work for you. A simple phone call or e-mail is all that is needed to discuss why 2014 is probably the best year to borrow.