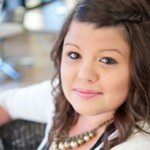 A rate hike is “appropriate”

The Federal Reserve is poised to raise rates at its March 15-16 meeting — the first of seven possible rate hikes expected this year.

The news is all but set in stone, as Federal Reserve Chairman Jerome Powell announced the likely hike in front of the House Financial Services Committee last week.

If the rate increase does come to fruition, it could mean higher mortgage rates, though economic uncertainty surrounding the Russia-Ukraine conflict could prevent that.

What’s the Fed up to?

Powell has indicated there will be two policy goals on the agenda next week: raising the target funds rate and reducing the Fed’s balance sheet.

“The federal funds rate is our primary means of adjusting the stance of monetary policy,” he told the committee. “Reducing our balance sheet will commence after the process of raising interest rates has begun and will proceed in a predictable manner primarily through adjustments to reinvestments.”

Still, it’s not 100% set in stone. Despite his indications, he also hedged a bit, noting the uncertainty surrounding Russia’s invasion of Ukraine and recognizing the need for an “alert and nimble” approach moving forward.

“I do think it’s going to be appropriate for us to proceed along the lines we had in mind before the Ukraine invasion happened,” he said. “In this very sensitive time at the moment, it’s important for us to be careful in the way we conduct policy simply because things are so uncertain, and we don’t want to add to that uncertainty.”

The impact on mortgage rates is iffy

Fed policy doesn’t directly influence mortgage rates, but it does influence investor activity, which trickles down to the mortgage market and the rates buyers and refinancing homeowners have access to.

Often, when the Fed raises its funds rate, mortgage rates rise gradually too. In today’s geopolitical climate, though, that’s not necessarily something we can count on. In fact, mortgage rates often tick up in anticipation of rising fed rates.

With the conflict in Ukraine, many experts expect mortgage rates to drop as investors flee from the stock market to safer assets like bonds. In fact, according to Freddie Mac, rates have already declined since Russia’s foray into its neighboring country. In the week since the conflict began, the average 30-year loan rate decreased from 3.89% to 3.76%.

As Powell put it, the “near-term effects on the U.S. economy of the invasion of Ukraine, the ongoing war, the sanctions, and of events to come, remain highly uncertain.”

Prepare for a rate hike — but don’t bet on it

With the volatility of the Ukraine conflict on the table, there’s no telling where mortgage rates will go — even if the Fed increases its funds rate as indicated.

Still, homebuyers and refinancers should gear up for potentially higher rates in the coming weeks. That means locking in today’s low rates (the lowest seen in almost a month) sooner rather than later could be beneficial.

For those with more long-term refinancing or home buying goals, time is also of the essence. Economists are projecting many more rate hikes this year — as many as seven total, which could send mortgage rates even higher by year’s end.